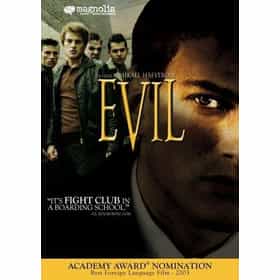 Evil is a 2003 Swedish drama film directed by Mikael Håfström, based on Jan Guillou's semi-autobiographical novel with the same name from 1981, and starring Andreas Wilson, Henrik Lundström and Gustaf Skarsgård. The film is set in a private boarding school in the 1950s with institutional violence as its theme. The film was nominated for the Academy Award for Best Foreign Language Film at the 76th Academy Awards. It won three Swedish Guldbagge Awards including Best Film. ... more on Wikipedia

Evil is also found on...