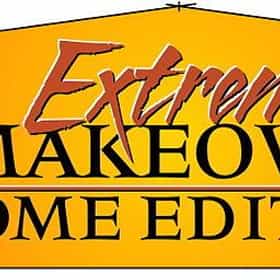 Extreme Makeover: Home Edition is an American reality television series providing home improvements for less fortunate families and community schools. The show is hosted by former model, carpenter and veteran television personality Ty Pennington. Each episode features a family that has faced some sort of recent or ongoing hardship such as a natural disaster or a family member with a life-threatening illness, in need of new hope. The show's producers coordinate with a local construction contractor, which then coordinates with various companies in the building trades for a makeover of the family's home. This includes interior, exterior and landscaping, performed in seven days while the ... more on Wikipedia

#508 of 1,177 The Greatest TV Shows Of All Time 1.4M VOTES Choosing the best TV shows of all time means taking into account the best TV dramas, the best TV comedies, the best cartoons...
#329 of 400 TV Shows That Only Smart People Appreciate 1.2M VOTES Since about the early 2000s, TV audiences have been blessed with what many experts call The Golden Age of Television. In oth...
#135 of 137 The Dumbest Reality Shows of All Time 94.1k VOTES Reality shows are stupid. No one's really denying it at this point. Yet they continue to prove massively popular - if arguab...
#33 of 253 People who voted for Extreme Makeover: Home Edition... also upvote X-Men Franchise on The Best Movies Based on Marvel Comics also upvote Pirates of the Caribbean Franchise on The Most Rewatchable Movies The Best Reality TV Shows Ever 167.3k VOTES This is a list of the best reality TV shows on television, the most (often shamefully) addictive reality TV series. From g...
#2 of 30 The Best TV Show Reboots & Returns Of 2020 76 VOTES Everything old is new again, or at least it's getting a revival. There are quite a few reboots in 2020 of favorite shows, an...
#124 of 476 The Best Television Shows of the 2000s 143.6k VOTES Some great TV shows came out of the 2000s, while some have even lived on. Here's a list of the best shows that aired from 20...