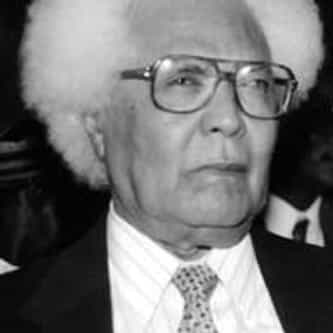 Félix Morisseau-Leroy (13 March 1912 – 5 September 1998), was a Haitian writer who wrote in Haitian Creole for poetry and plays, the first significant writer to do so. By 1961 he succeeded in having Creole recognized as an official language of Haiti, after expanding its teaching in schools and use in creative literature. Morisseau also published works on French, Haitian Creole and Haitian French literature. He worked internationally, encouraging the development of national ... more on Wikipedia

Félix Morisseau-Leroy IS LISTED ON

all songs with love in the title, imported english beer, best chocolate brands, who is val kilmer married to, house carved into mountain, celebrities who were abused as children, books that should be movies, coolest guy in the world, famous people named grant, connor fielding age