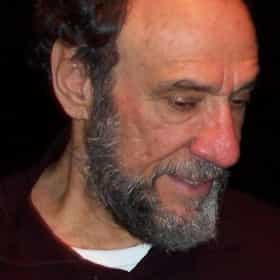 F. Murray Abraham (born Murray Abraham; October 24, 1939) is an American actor. He became widely known during the 1980s after winning an Oscar for his leading role as Antonio Salieri in the drama film Amadeus (1984). Abraham also won a Golden Globe and received a BAFTA Award nomination for the role. He has appeared in many roles, both leading and supporting, in films such as All the President's Men (1976), Scarface (1983), The Name of the Rose (1986), Last Action Hero (1993), Star Trek: Insurrection (1998), Finding Forrester (2000), Inside Llewyn Davis (2013), and The Grand Budapest Hotel (2014). Abraham is also known for his television and theatre work and is a regular cast member on ... more on Wikipedia

F. Murray Abraham is ranked on...

#283 of 1,042 Celebrity Death Pool 2020 72.4k VOTES They may be beloved performers, award winners, or game changers, but no matter how famous, you can’t escape death. This cele...
#76 of 122 The Worst Oscar-Winning Actors Ever 236.1k VOTES Bad actors who have won Oscars, in any category, as determined by the votes and selections of Ranker users. This list contai...
#104 of 195 People who voted for F. Murray Abraham... also upvote The Pink Panther Franchise on The Absolute Most Hilarious Movies Ever Made also upvote One Flew Over the Cuckoo's Nest on The Best Movies of All Time The Best American Actors Working Today 160.2k VOTES There have been plenty of great American actors throughout film history, but which are the greatest working today? This list...
#12 of 16 Actors in Old Age Makeup vs How They Actually Aged 56.1k VOTES Since the beginning of filmmaking, makeup has always been a part of movie magic. Movies like Back to the Future an...
#16 of 108 Oscar Winning Performances from the Past 50 Years, Ranked 62k VOTES The Academy of Motion Picture Arts and Sciences issues the be-all and end-all of acting awards in the United States: the cov...
#57 of 82 The Best Actors to Ever Win Best Actor in a Leading Role 30k VOTES Every year the Academy evaluates a year's worth of brilliant performances and picks what they believe to be the best of the ...
#552 of 1,452 Celebrity Death Pool 2018 477.7k VOTES Welcome to Celebrity Death Pool 2018! In increasingly uncertain times, there remains one constant in life - we all die. Cele...
#12 of 17 The Best Old Age Makeup Jobs in Film History 2.3k VOTES The best old age makeup in film usually falls to one decision, hiring an actor who can either play the hell out of the role ...
#1 of 22 Who Would Be In Wes Anderson's Version Of The MCU? 2.3k VOTES On the surface, the nine films of Wes Anderson's career couldn't be more different than the 22 films in the Marvel Cinematic...
25 Celebrities Who Became Famous After 40 54.7k VIEWS Not all celebrities found fame and fortune in their twenties or even in their thirties. Several famous actors, authors, and ...