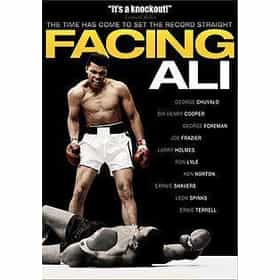 Facing Ali is ranked on...

#103 of 194 The Best R-Rated Sports Movies 2.9k VOTES List of R-Rated sports movies, ranked from best to worst with movie trailers when available. This list takes the best R-Rate...
#2 of 16 The Best Muhammad Ali Movies of All Time 138 VOTES What are the best Muhammad Ali films and documentaries? Movie and boxing fans rank all of Muhammad Ali's movies and document...