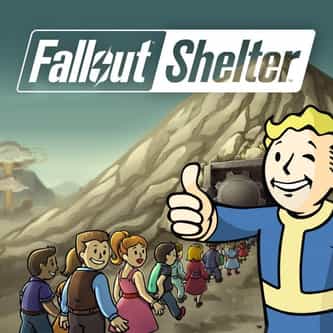 Fallout Shelter is a free-to-play simulation video game developed by Bethesda Game Studios, with assistance by Behaviour Interactive, and published by Bethesda Softworks. Part of the Fallout series, it was released worldwide for iOS devices in June 2015, for Android devices in August 2015, for Microsoft Windows in July 2016, Xbox One in February 2017, and PlayStation 4 and Nintendo Switch in June 2018. The game tasks the player with building and managing their own Vault, a fallout ... more on Wikipedia

Fallout Shelter IS LISTED ON