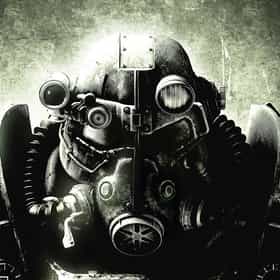 Fallout is an open world role-playing video game developed and published by Interplay Entertainment in 1997. The game has a post-apocalyptic and retro-futuristic setting, in the aftermath of a global nuclear war in an alternate history timeline mid-22nd century. The protagonist of Fallout is an inhabitant of one of the long-term shelters known as Vaults who was tasked to find the Water Chip to save other dwellers from water's shortage. Fallout is considered to be the spiritual successor to the 1988 role-playing video game Wasteland. It was initially intended to use Steve Jackson Games' system GURPS, but Interplay eventually used an internally developed system SPECIAL. The game was ... more on Wikipedia

The Elder Scrolls III: Morrowind
The Creepiest Storylines In 'Fallout' 1k votes As one of the few survivors of an apocalypse, the protagonist in each Fallout game explores the world after the use of atomi...
14 Insanely Creepy Vault Backstories In Fallout 31.4k votes The vaults in the Fallout series are an absolute staple of the games, but who knew there would be so many scary vaults with ...
13 Reasons Why The Fallout Franchise Is Better Than Elder Scrolls 1.7k votes From atop his ivory tower in the sky, a man named Todd Howard, employee and resident wizard at Bethesda Game Studios, ponder...
'Fallout' Fan Theories That Somehow Make The Franchise Even Creepier 13.7k votes The Fallout series is undeniably one of the most popular franchises in the gaming industry. Fans flock to buy the latest rel...
The Very Best NPCs And Companions In The Fallout Games 9k votes A list of the best NPCs and companions in the post-apocalyptic wasteland of the Fallout video games. All of the Fallout game...
19 Insanely Great Gift Ideas for Fallout Fans 4.3k votes Like the nuclear winter, Christmas is fast approaching, and with it, the expectation of thoughtful gifts for your friends an...

Fallout is ranked on...

Fallout is also found on...