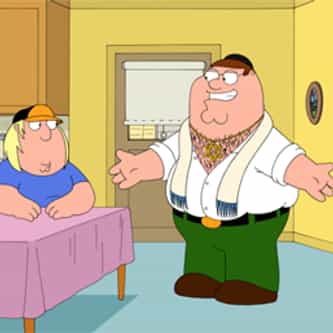 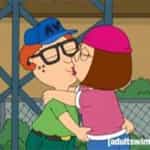 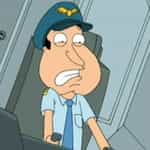 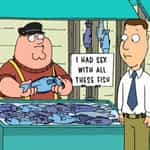 A Fish out of Water 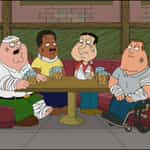 Believe It or Not, Joe's Walking on Air 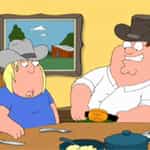 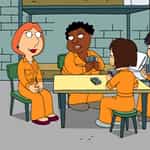 Breaking Out Is Hard to Do

"Family Goy" is the second episode of the eighth season of the animated comedy series Family Guy. It originally aired on Fox in the United States on October 4, 2009. The episode features Irish Catholic Peter after his wife, Lois, discovers that her mother is Jewish, and begins her struggle to adapt to her newfound heritage. Meanwhile, Peter begins to embrace his wife's new religion, but after a spiritual visit from his deceased Irish Catholic stepfather, Francis, he becomes ... more on Wikipedia

Family Goy IS LISTED ON