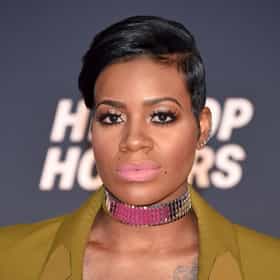 Fantasia Monique Barrino-Taylor (born June 30, 1984), known professionally by her mononym Fantasia, is an American R&B, singer, songwriter, actress and author. She rose to fame as the winner of the third season of the reality television series American Idol in 2004. Following her victory, she released her debut single, "I Believe," which debuted at number one on the Billboard Hot 100. Subsequently, she released her debut album, Free Yourself, which went on to be certified Platinum by the RIAA and earned Barrino three Grammy nominations in 2006. In 2006, she released her second album, Fantasia, which featured the single "When I See U" which topped the Billboard ... more on Wikipedia

Fantasia is ranked on...

Fantasia is also found on...