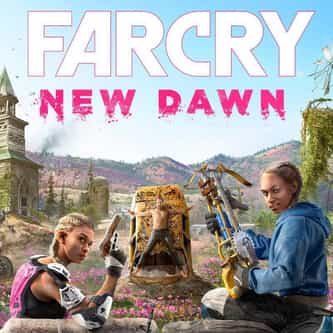 Far Cry New Dawn is a first-person shooter developed by Ubisoft Montreal and published by Ubisoft. The game is a spin-off of the Far Cry series and a narrative sequel to Far Cry 5. Similar to its predecessors, Far Cry New Dawn is an action-adventure first-person shooter set in an open world environment which the player can explore freely on foot or via various vehicles. The game is set in the fictional Hope County, Montana and uses a reimagined version of Far Cry 5's map. The nuclear war ... more on Wikipedia