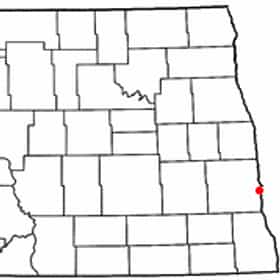 Fargo is the largest city in the State of North Dakota, accounting for nearly 16% of the state population. Fargo is also the county seat of Cass County. According to the 2013 United States Census estimates, its population was 113,658. Fargo, along with its twin city of Moorhead, Minnesota, as well as adjacent West Fargo, North Dakota and Dilworth, Minnesota, form the core of the Fargo-Moorhead, ND-MN Metropolitan Statistical Area, which in 2014 contained a population of 228,291. In 2014, Forbes magazine ranked Fargo as the fourth fastest-growing small city in the United States. Founded in 1871 and located on the Red River of the North floodplain, Fargo is a cultural, retail, health ... more on Wikipedia

Fargo is ranked on...

Fargo is also found on...