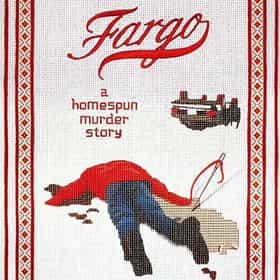 Fargo is a 1996 American neo-noir dark comedy crime film written, produced, edited, and directed by Joel and Ethan Coen. It stars Frances McDormand as a pregnant Minnesota police chief who investigates a series of local homicides, and William H. Macy as a struggling car salesman who hires two criminals to kidnap his wife. The film also features Steve Buscemi, Peter Stormare, Harve Presnell, and John Carroll Lynch. The film earned seven Academy Award nominations, winning two for Best Original Screenplay for the Coens and Best Actress in a Leading Role for McDormand. It also won the BAFTA Award and the Award for Best Director for Joel Coen at the 1996 Cannes Film Festival. In 2006, the ... more on Wikipedia

What to Watch If You Love Fargo 708 votes If you’re looking for other movies like Fargo, you’ve come to the right place. When it comes to the best black comedy movies...
Theories About Why The Coen Bros. Had Marge Gunderson Go On A Date In Fargo 3k views Fargo is without a doubt one of the greatest modern noir films, thanks to the Coen brothers' tightly wound script and an all...

Fargo is ranked on...

Fargo is also found on...