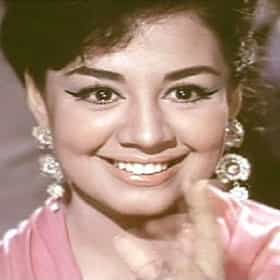 Farida Jalal (born 14 March 1949) is an Indian actress. In a film career spanning almost fifty years, Jalal acted in over 200 films in the Hindi, the Telugu, and the Tamil film industries. Best known for her character driven roles in independent cinema and supporting work in mainstream Bollywood productions, Jalal has received such accolades as four Filmfare Awards and two Bengal Film Journalists Association Awards. Jalal started her career with Taqdeer (1967). She went on to play leading and supporting roles in numerous motion pictures through the 1970s and early 80s. She is widely remembered for her roles in Paras (1971), Henna (1991) and Dilwale Dulhania Le Jayenge (1995), all of ... more on Wikipedia

Farida Jalal is also found on...