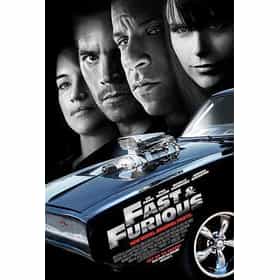 Fast & Furious is a 2009 American street racing action film directed by Justin Lin and written by Chris Morgan. It is the fourth installment of The Fast and the Furious franchise. The plot connects the first film from which Vin Diesel, Paul Walker, Michelle Rodriguez, and Jordana Brewster reprise their roles. The film serves as a sequel/prequel to the series as it is set after the second installment 2 Fast 2 Furious and set before the third installment, The Fast and the Furious: Tokyo Drift. Originally released on April 3, 2009, the film received negative reviews upon release, but was a success grossing $363 million worldwide. ... more on Wikipedia

Fast & Furious Quotes That Prove Dom Is Truly Wise 3.8k votes There is a man from Los Angeles with the arms of a comic god, the voice of a demon, and a need for speed unseen since the da...

Fast & Furious is ranked on...

Fast & Furious is also found on...