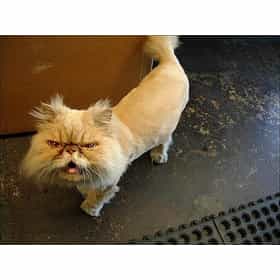 Faster, Pussycat! Kill! Kill! is a 1965 exploitation film directed by Russ Meyer, who also wrote the script with Jack Moran. It stars Tura Satana, Haji, and Lori Williams. The film features gratuitous violence, sexuality, provocative gender roles, and provocative dialogue. It is one of Meyer's more boldly titled and unflinchingly exploitative films; however, there is relatively little nudity. The film was shot in the extreme western parts of the Mojave Desert. However, some of the scenes appear to have been filmed farther east, near Baker, California. The last scenes in the film were made west of California City. The rail line running between Mojave and Trona is clearly evident. ... more on Wikipedia

#57 of 64 Movies with the Most Hardcore Women 36.4k VOTES Including new 2018 movies with strong female leads, the movies with the most kick-ass women rank among the greatest action m...
#76 of 161 The Best B Movies of All Time 29.4k VOTES   A list of all the best b-movies ever made, many of which are streaming on Netflix and Amazon Prime. Check out which...
#56 of 61 The Best Comedy Movies of the 1960s 6.7k VOTES The 1960s was a great decade for comedy. With the counterculture flourishing, the Cold War looming, and tensions in Vietnam ...
#28 of 46 The Best '60s Action Movies 1.4k VOTES Are you a fan of action movies? If so, you’ve come to the right place. This list of the greatest 1960s action movies is full...
Entertainment Weekly's Top 50 Cult Movies 18.7k VIEWS Entertainment Weekly's list of the fifty best cult movies of all time. There's a reason why these are the best cult clas...