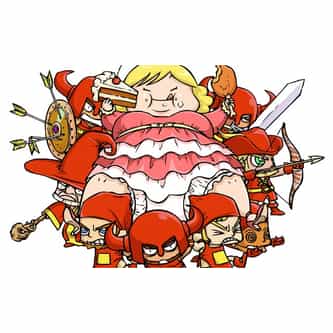 Fat Princess is an action real-time strategy video game for the PlayStation 3, developed by Titan Studios and published by Sony Computer Entertainment. It was released in North America and Europe on July 30, 2009, and in Japan on December 25, 2009. It was included on the "Best of PlayStation Network Vol. 1" compilation disc, released June 18, 2013. A PSP version called Fat Princess: Fistful of Cake was released in 2010. Fat Princess is a multiplayer game for up to 32 players, ... more on Wikipedia

Fat Princess IS LISTED ON