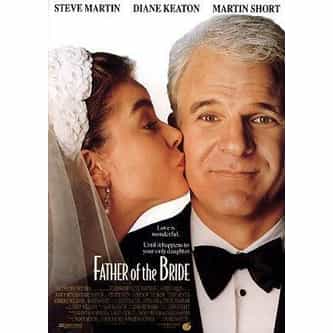 Father of the Bride is a 1991 American comedy film starring Steve Martin, Diane Keaton, Kimberly Williams, George Newbern, Martin Short, B.D. Wong and Kieran Culkin. It is a remake of the 1950 film of the same name. The film inspired a series of Hallmark commercials that featured the smiling faces of the happy couple and sneak-peeks at the backs of numerous greeting cards. This film is number 92 on Bravo's "100 Funniest Movies". Martin portrays George Banks, a businessman and ... more on Wikipedia

Father of the Bride IS LISTED ON