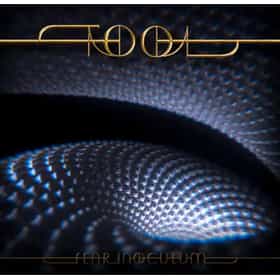 Fear Inoculum is the fifth studio album by American rock band Tool. It was released on August 30, 2019, through Tool Dissectional, Volcano Entertainment, and RCA Records. It is the band's first album in thirteen years, due to creative, personal, and legal issues band members encountered since the release of 10,000 Days. The album was released to critical acclaim, with reviewers agreeing that the band had successfully refined their established sound. The album topped the US Billboard 200 albums chart, their third album in a row to do so, selling over 270,000 album-equivalent units. The album topped five other national album charts in its opening week as well. ... more on Wikipedia

Fear Inoculum is ranked on...

#17 of 212 The Best Albums of 2019, Ranked 23k VOTES Here's to another year of good music with the best new albums of 2019. Featuring highly anticipated albums from the biggest ...
#8 of 110 The Greatest Metal Albums Of The 2010s, Ranked 2.1k VOTES Here are the best heavy metal albums of the decade, ranked by fans everywhere. Featuring popular music from s...