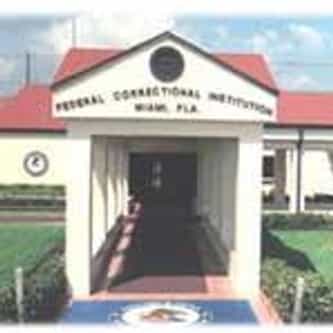 The Federal Correctional Institution, Miami is a low-security United States federal prison for male inmates in Florida. It is operated by the Federal Bureau of Prisons, a division of the United States Department of Justice. The institution also has an adjacent satellite prison camp that houses minimum-security male offenders. FCI Miami is located in southwest Miami-Dade County, Florida, about 30 miles from downtown Miami. A significant portion of the inmates held at FCI Miami have been ... more on Wikipedia