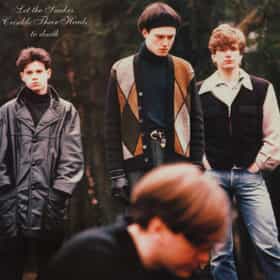 Felt were an alternative rock band founded in Birmingham, England in 1979 and led by the mononymous Lawrence. The band's name was inspired by Tom Verlaine's emphasis of the word "felt" in the Television song "Venus". They existed for ten years, throughout the 1980s, during which time they released ten singles and ten albums. Felt have been cited as an influence by Belle & Sebastian's Stuart Murdoch and Tim Burgess of The Charlatans, as well as by alternative rock bands Manic Street Preachers, Girls, and The Tyde. ... more on Wikipedia

Felt is ranked on...

#20 of 36 The Best Bands Named After Songs 4.4k VOTES Complete list of bands named after songs performed by other musicians (or, in some cases, bands named after their own songs)...
#163 of 373 The Best Gothic Rock Bands/Artists 34.7k VOTES Blending elements of post-punk and alternative rock, the best gothic rock bands are some the best known rock bands, albeit s...
#107 of 107 The Best Musical Artists From Minnesota 2.8k VOTES Here are the best artists and bands from Minnesota. Although the state is known for its cold climate, all the talent th...

Felt is also found on...