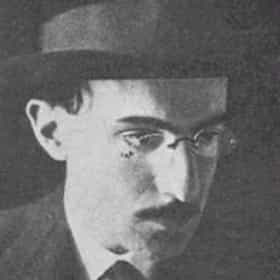 Fernando António Nogueira Pessoa (Portuguese: [fɨɾˈnɐ̃du pɨˈsoɐ]; 13 June 1888 – 30 November 1935), commonly known as Fernando Pessoa, was a Portuguese poet, writer, literary critic, translator, publisher and philosopher, described as one of the most significant literary figures of the 20th century and one of the greatest poets in the Portuguese language. He also wrote in and translated from English and French. Pessoa was a prolific writer, and not only under his own name, for he dreamed up approximately seventy-five others. He did not call them pseudonyms because he felt that did not capture their true independent intellectual life and instead called them heteronyms. These ... more on Wikipedia

Fernando Pessoa is ranked on...

#115 of 373 The Greatest Poets of All Time 753.4k VOTES Who are the best poets of all time? It includes poets such as Maya Angelou, Langston Hughes, William Shakespeare, and Sylv...
#7 of 214 The Best Poets of the 20th Century 31.4k VOTES Who are the best 20th century poets? This list includes great poets from the 20th century such as Maya Angelou, T.S. Eliot...
Every Person Who Has Been Immortalized in a Google Doodle 57.8k VIEWS Who are the most influential people in history? Here's a good place to start. This is a list of every person who has ev...
Famous People Named Fernando 3.1k VIEWS Who knew there were so many famous people named Fernando in the world? Our list of celebrities named Fernando includes pictu...

Fernando Pessoa is also found on...