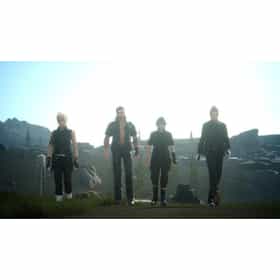 Final Fantasy XV is an action role-playing video game developed and published by Square Enix; the game is the fifteenth main installment in the company's Final Fantasy series. It released in 2016 for the PlayStation 4 and Xbox One, and for Microsoft Windows in 2018. The game features an open world environment and action-based battle system, incorporating quick-switching weapons, elemental magic, and other features such as vehicle travel and camping. The base campaign was later expanded with downloadable content (DLC), adding further gameplay options such as additional playable characters and multiplayer. ... more on Wikipedia

Final Fantasy XV is ranked on...