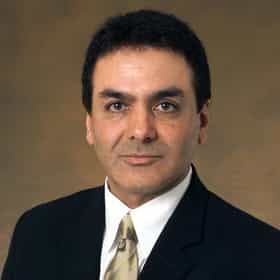 Firouz Michael Naderi (Persian: فیروز نادری‎: Fīrouz Nāderi; born 25 March 1946) is an Iranian-American scientist who spent 36 years in various technical and executive positions at NASA's Jet Propulsion Laboratory (JPL) where he contributed to some of America's most iconic robotic space missions.He retired from NASA in 2016 and currently is a management consultant, an advisor to early-stage high-tech startups, and a public speaker. He is based in Pacific Palisades neighborhood of Los Angeles, California. ... more on Wikipedia

Firouz Naderi is also found on...