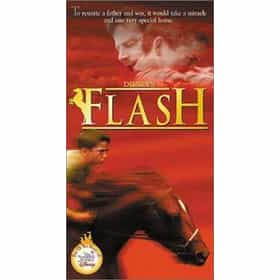 Flash is a film released in theaters that was originally shown on The Wonderful World of Disney. The film details the story of a child Conner Strong, who visits a horse every day in hopes of buying it. To do so, Conner finds work as a delivery boy to save enough money for his dream. Conner lives with his father David and grandmother Laura, but when they do not have enough money to repay the bills, Conner's father rejoins the merchant marines to pay back the mortgage and has enough money to buy Conner the horse. However, when his job requires David to join the merchant marines and head to sea for five months, Connor's idyllic life begins to unravel. His grandmother becomes sick and ... more on Wikipedia

Flash is ranked on...

Flash is also found on...