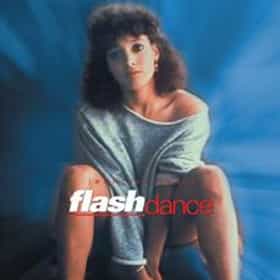 Flashdance is a 1983 American romantic drama film directed by Adrian Lyne. It was the first collaboration of producers Don Simpson and Jerry Bruckheimer and the presentation of some sequences in the style of music videos was an influence on other 1980s films, including Top Gun, Simpson and Bruckheimer's most famous production. Flashdance opened to negative reviews by professional critics, but was a surprise box office success, becoming the third highest grossing film of 1983 in the United States. It had a worldwide box-office gross of more than $100 million. Its soundtrack spawned several hit songs, among them "Maniac" performed by Michael Sembello and the Academy ... more on Wikipedia

Flashdance is ranked on...

Flashdance is also found on...