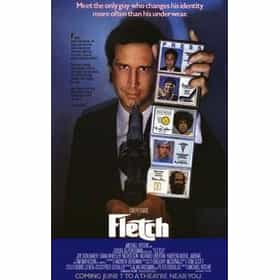 Fletch is a 1985 comedy film about an investigative newspaper reporter, Irwin M. Fletcher. The film was directed by Michael Ritchie and written by Andrew Bergman, loosely based on the popular Gregory Mcdonald novels. Tim Matheson, Dana Wheeler-Nicholson, Geena Davis and Joe Don Baker appear in supporting roles. In the 1970s, Burt Reynolds and Mick Jagger were considered to portray Fletch but these suggestions were rejected by Mcdonald. The author agreed to the casting of Chevy Chase despite never seeing the comedian in anything. Chase reportedly enjoyed the role because it allowed him to play several different characters and work with props. In a 2004 interview with Entertainment ... more on Wikipedia

Fletch is ranked on...

Fletch is also found on...