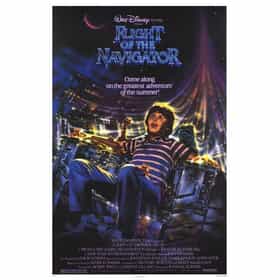 Flight of the Navigator is a 1986 comic science fiction film directed by Randal Kleiser and written by Mark H. Baker and Michael Burton, about David Freeman, a 12-year-old boy who is taken by an alien spaceship and finds himself caught in a world that has changed around him. The film's producers initially sent the project to Walt Disney Pictures in 1984, but as the studio was unable to approve it, it was sent to Producers Sales Organization, which made a deal with Disney to distribute it in the United States. It was partially shot in Fort Lauderdale, Florida and Norway, it being a coproduction with Norwegian company Viking Film. ... more on Wikipedia

Flight of the Navigator is ranked on...

Flight of the Navigator is also found on...