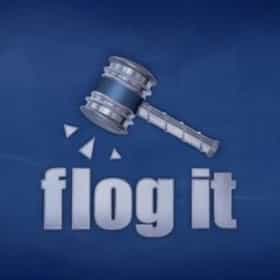 Flog It! is a television series broadcast on the BBC, presented by Paul Martin. The show follows a similar formula to Antiques Roadshow, with members of the public bringing their antiques to be viewed and valued by a team of experts. However, unlike Antiques Roadshow, they are then given the option to sell their items at an auction. Typical episodes are 45 minutes in length, but thirty minute and hour-long editions also exist. The thirty minute versions are typically hour-long editions cut in half; hour-long editions have become less common in recent years. The show is broadcast as part of BBC One's afternoon schedule. It also appears as part of the early evening schedule for short ... more on Wikipedia