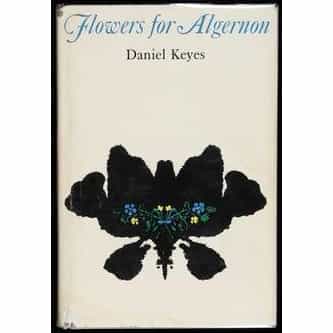 Flowers for Algernon is a science fiction short story and subsequent novel written by Daniel Keyes. The short story, written in 1958 and first published in the April 1959 issue of The Magazine of Fantasy & Science Fiction, won the Hugo Award for Best Short Story in 1960. The novel was published in 1966 and was joint winner of that year's Nebula Award for Best Novel. The eponymous Algernon is a laboratory mouse who has undergone surgery to increase his intelligence by artificial means. ... more on Wikipedia

Flowers for Algernon IS LISTED ON