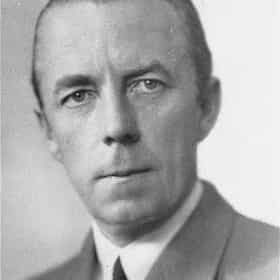 Folke Bernadotte, Count of Wisborg (2 January 1895 – 17 September 1948) was a Swedish diplomat and nobleman. During World War II, he negotiated the release of about 31,000 prisoners from German concentration camps, including 450 Danish Jews from the Theresienstadt camp. They were released on 14 April 1945. In 1945, he received a German surrender offer from Heinrich Himmler, though the offer was ultimately rejected. After the war, Bernadotte was unanimously chosen to be the United Nations Security Council mediator in the Arab–Israeli conflict of 1947–1948. He was assassinated in Jerusalem in 1948 by the paramilitary Zionist group Lehi while pursuing his official duties. Upon his death, ... more on Wikipedia

Folke Bernadotte is also found on...