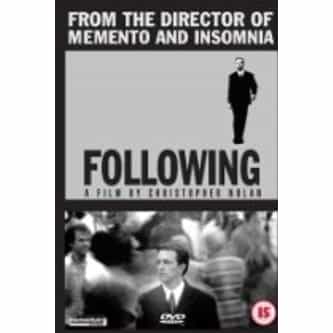 ollowing is a 1998 British neo-noir drama thriller film written and directed by Christopher Nolan. It tells the story of a young man who follows strangers around the streets of London and is drawn into an underworld when he fails to keep his distance. As Christopher Nolan's debut feature, it was designed to be as inexpensive as possible to make: scenes were heavily rehearsed so that just one or two takes were needed, thus economising on 16 mm film stock, the production's greatest expense, ... more on Wikipedia

Following IS LISTED ON