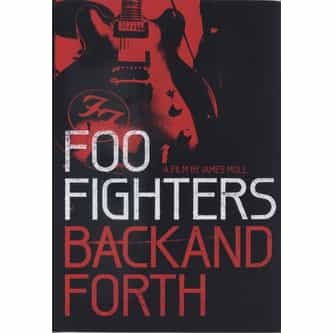 Foo Fighters: Back and Forth

"The film takes us on the 16 year journey of the Foo Fighters, from Dave Grohl and Pat Smear’s surviving the aftermath of Nirvana to Dave, Pat, Nate Mendel, Taylor Hawkins and Chris Shiflett’s rise to the top of the charts and the stages of stadiums worldwide. ... These Days builds from day one to the creation of their new album - recorded in 100% analog. No computers, no software - just a band recording an album to tape in Dave Grohl's one-car garage." Quoting the description ... more on Wikipedia

Foo Fighters: Back and Forth IS LISTED ON