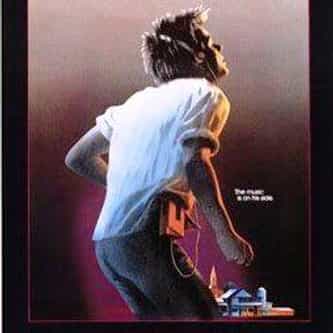 Tagline
He's a big-city kid in a small town. They said he'd never win. He knew he had to.
The music is on his side

Footloose is a 1984 American musical-drama directed by Herbert Ross. It tells the story of Ren McCormack, an upbeat Chicago teen who moves to a small town in which, as a result of the efforts of a local minister, dancing and rock music have been banned. The film is loosely based on events that took place in the small, rural, and religious community of Elmore City, Oklahoma. ... more on Wikipedia

Footloose IS LISTED ON