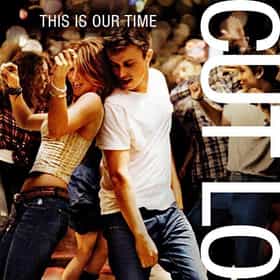 Footloose is a 2011 American dance film directed by Craig Brewer. It is a remake of the 1984 film of the same name and stars Kenny Wormald, Julianne Hough, Andie MacDowell, and Dennis Quaid. The film follows a young man who moves from Boston to a small southern town and protests the town's ban against dancing. Filming took place from September to November 2010 in Georgia. It was released in Australia and New Zealand on October 6, 2011, and in North America on October 14, 2011. It grossed $15.5 million in its opening weekend and $63 million worldwide. It was met with generally positive reaction from critics. ... more on Wikipedia

Footloose is ranked on...

Footloose is also found on...