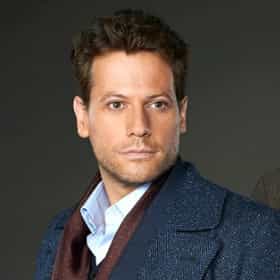 Forever is an American drama television series about Dr. Henry Morgan, an immortal medical examiner in New York City. The series aired on ABC as part of the 2014–15 fall television season. The network aired a sneak preview on September 22 and resumed the series at 10 p.m. EST on September 23, 2014. The pilot was made available early through video on demand and online streaming media on August 26, 2014. On November 7, 2014, ABC placed a full-season episode order for the first season. ... more on Wikipedia

Forever is ranked on...

#130 of 383 The Best TV Shows of The Last 20 Years 1.5M VOTES This best TV show list represents the combined opinions of thousands of TV fans. Anyone can vote on this list of the best TV...
#34 of 44 What to Watch If You Love 'iZombie' 238 VOTES iZombie is a great example of how to properly adapt a comic book for television that garnered the love and affection of hord...
#26 of 48 TV Shows That Actually Deserve A Revival 17.6k VOTES It's never easy to say goodbye to a beloved television show. Whether it was on the air for years and got a grand sendoff, or...
#10 of 47 The Most Anticipated TV Shows Fall 2014 3.5k VOTES List of all new TV shows premiering in Fall 2014. TV programs this season will see the return of acclaimed actors Matthew Pe...
#5 of 26 The Best New Shows of Fall 2014 4.2k VOTES So many television shows, so little time. It seems like there aren't enough hours in a day to catch every new series that ro...
#30 of 45 What to Watch If You Love 'Mr. Robot' 142 VOTES Wondering what to watch after Mr. Robot? If the suspenseful/tech series has you hungry for more intrigue involving hackers, ...
#15 of 42 What to Watch If You Love 'Fear the Walking Dead' 123 VOTES Fear the Walking Dead tore from the minds of Robert Kirkman and the folks at AMC to offer a completely new way of telling th...
#62 of 273 The Greatest Supernatural Shows of All Time 459.4k VOTES The very best supernatural shows on television, ranked from best to worst. Popular supernatural TV shows have been a staple ...
#94 of 104 The Best Fantasy TV Shows 93k VOTES The very best fantasy shows on television, ranked from best to worst. This list of the greatest fantasy shows of all time is...
#41 of 107 The Best TV Shows Set In New York City 1.9k VOTES If you love New York then you're in luck because it is a very popular setting for a television series. It's not just that it...
#45 of 60 The Best Fantasy Drama Series 4.9k VOTES The best fantasy drama shows pair the strange and wonderful elements of the fantastic with the heavy emotion of television d...
#33 of 135 The Best ABC Shows of the 2010s 3.3k VOTES The way we watch TV may be changing, but this list of 2010s ABC shows makes it clear that network television still boasts gr...