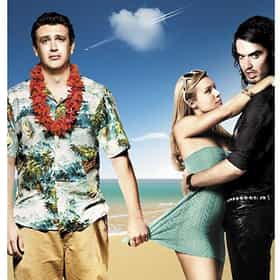 Forgetting Sarah Marshall is a 2008 American romantic comedy-drama film directed by Nicholas Stoller and starring Jason Segel, Kristen Bell, Mila Kunis and Russell Brand. The film, which was written by Segel and co-produced by Judd Apatow, was released by Universal Studios. Filming began in April 2007 at the Turtle Bay Resort on the North Shore of Oahu Island in Hawaii. The film was released for North American theaters on April 18, 2008 and in the UK a week later on April 25, 2008. The story revolves around Peter Bretter, who is a music composer for a TV show that happens to feature his girlfriend, Sarah Marshall, in the lead role. After a five-year relationship, Sarah abruptly breaks ... more on Wikipedia

Forgetting Sarah Marshall is ranked on...