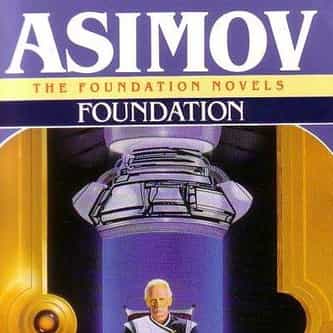 Foundation is the first novel in Isaac Asimov's Foundation Trilogy. Foundation is a collection of five short stories, which were first published together as a book by Gnome Press in 1951 which, together, form a single plot. Foundation saw multiple publications—it also appeared in 1955 as part of Ace Double's novel series as D-110 under the title The 1,000-Year Plan. Four of the stories were originally published in Astounding Magazine between 1942 and 1944, and the fifth was added when they ... more on Wikipedia

Foundation IS LISTED ON