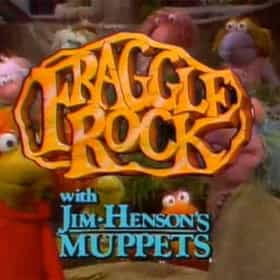 Fraggle Rock is a British/American/Canadian children's live action puppet television series created by Jim Henson, about a society of Muppet creatures called Fraggles. Fraggle Rock was co-produced by British television company Television South, the Canadian Broadcasting Corporation, U.S. pay television service Home Box Office and Henson Associates. Unlike Sesame Street, Fraggle Rock was intended from the start to be an international production and the whole show was constructed with this in mind. ... more on Wikipedia

‘Fraggle Rock’ Was A Fever Dream Of A Children’s Puppet Show 6.4k views If you grew up in the '80s, there is a good chance you can remember the catchy Fraggle Rock theme song. The catchy opening j...

Fraggle Rock is ranked on...

Fraggle Rock is also found on...