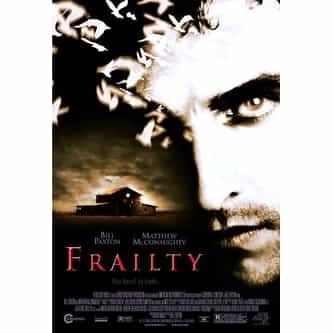 Frailty is a 2002 psychological thriller film, directed by and starring Bill Paxton, and co-starring Matthew McConaughey. It marks Paxton's directorial debut. The plot focuses on the strange relationship between two young boys and their fanatically religious, but seemingly-schizophrenic father, who believes that he has been commanded by God. ... more on Wikipedia

Frailty IS LISTED ON