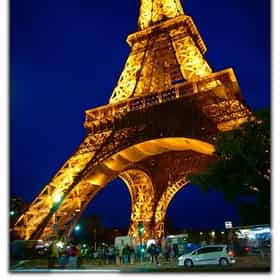 France, officially the French Republic, is a unitary sovereign state comprising territory in western Europe and several overseas regions and territories. Metropolitan France extends from the Mediterranean Sea to the English Channel and the North Sea, and from the Rhine to the Atlantic Ocean; France covers 640,679 square kilometres and has a population of 66.6 million. It is a semi-presidential republic with its capital in Paris, the nation's largest city and the main cultural and commercial center. ... more on Wikipedia

France is ranked on...

France is also found on...