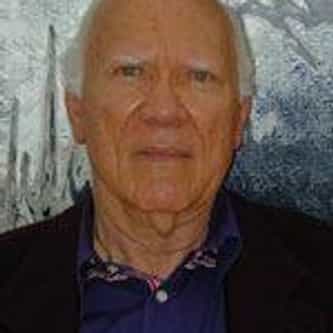 Frankétienne (born Franck Étienne on April 12, 1936 in Ravine-Sèche, Haiti) is a Haitian writer, poet, playwright, painter, musician, activist and intellectual. He is recognized as one of Haiti's leading writers and playwrights of both French and Haitian Creole, and is "known as the father of Haitian letters". As a painter, he is known for his colorful abstract works, often emphasizing the colors blue and red. He was a candidate for the Nobel Prize in ... more on Wikipedia