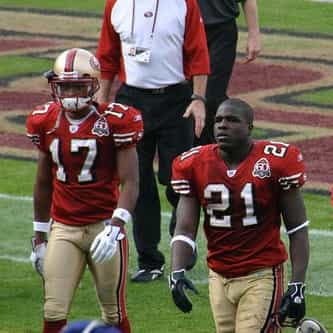 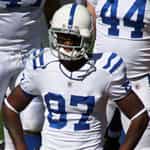 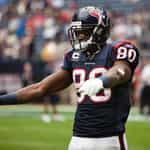 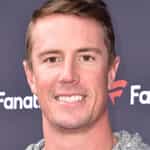 Franklin Delano "Frank" Gore (born May 14, 1983) is an American football running back for the Buffalo Bills of the National Football League (NFL). He played college football for the University of Miami, and was drafted by the San Francisco 49ers in the third round of the 2005 NFL Draft, playing with them from 2005 to 2014. He is the 49ers all-time leader in rushing yards and rushing touchdowns. In his NFL career, Gore has had nine 1,000-rushing-yard seasons and five Pro Bowl ... more on Wikipedia

Frank Gore IS LISTED ON