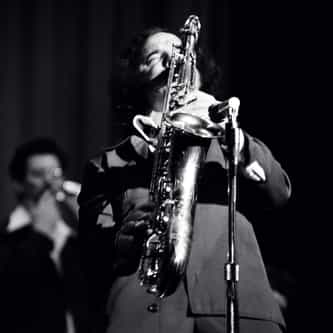 Frank Tiberi (born December 4, 1928) is the leader of the Woody Herman Orchestra. He was picked by Woody Herman shortly before Herman's death and has led the band since 1987. He plays the alto and tenor saxophone, bassoon, clarinet, and flute. He has been performing and recording since the age of thirteen. Tiberi has toured with Benny Goodman and Urbie Green and has played with Dizzy Gillespie.Tiberi is a professor at Berklee College of Music, where he teaches improvisational techniques ... more on Wikipedia

Frank Tiberi IS LISTED ON