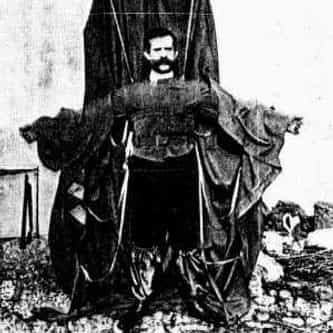 Franz Reichelt (1879 – 4 February 1912), also known as Frantz Reichelt or François Reichelt, was an Austrian-born French tailor, inventor and parachuting pioneer, now sometimes referred to as the Flying Tailor, who is remembered for jumping to his death from the Eiffel Tower while testing a wearable parachute of his own design. Reichelt had become fixated on developing a suit for aviators that would convert into a parachute and allow them to survive a fall should they be forced to ... more on Wikipedia

Franz Reichelt IS LISTED ON