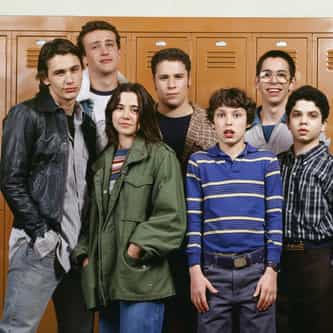 Freaks and Geeks (NBC, 1999) is an American teen comedy-drama television series created by Paul Feig. A gifted high schooler (Linda Cardellini) starts hanging out with a group of burnouts, while her younger brother (John Francis Daley) navigates his freshman year. ... more on Wikipedia

lists about Freaks and Geeks

62.9k readers The Cast of Freaks and Geeks: Then and Now

Freaks and Geeks IS LISTED ON