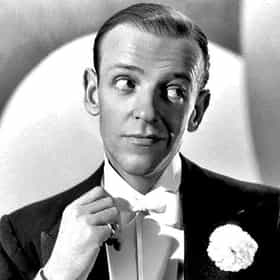 Fred Astaire (born Frederick Austerlitz; May 10, 1899 – June 22, 1987) was an American dancer, singer, actor, choreographer, and television presenter. He is widely considered the most influential dancer in the history of film.His stage and subsequent film and television careers spanned a total of 76 years. He starred in more than 10 Broadway and London musicals, made 31 musical films, four television specials, and issued numerous recordings. As a dancer, his most outstanding traits were his uncanny sense of rhythm, his perfectionism, and his innovation. His most memorable dancing partnership was with Ginger Rogers, with whom he co-starred in a series of ten Hollywood musicals. The ... more on Wikipedia

Fred Astaire is ranked on...

Fred Astaire is also found on...