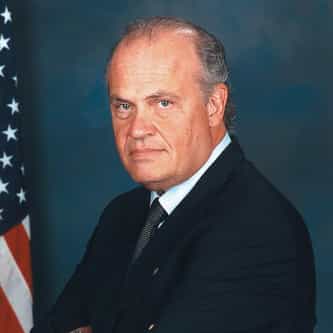 Freddie Dalton Thompson (August 19, 1942 – November 1, 2015) was an American politician, attorney, lobbyist, columnist, actor and radio personality. Thompson, a Republican, served in the United States Senate representing Tennessee from 1994 to 2003, and was a Republican presidential candidate in 2008. Thompson served as chairman of the International Security Advisory Board at the United States Department of State, was a member of the U.S.–China Economic and Security Review Commission, a ... more on Wikipedia

Fred Thompson IS LISTED ON