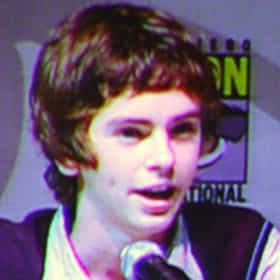 Alfred Thomas "Freddie" Highmore (born 14 February 1992) is an English actor. He made his debut in the comedy film Women Talking Dirty (1999). He is known for his starring roles in the films Finding Neverland (2004), Charlie and the Chocolate Factory (2005), August Rush (2007), and The Spiderwick Chronicles (2008). He won two consecutive Critics' Choice Movie Awards for Best Young Performer. Highmore starred as Norman Bates in the drama-thriller series Bates Motel (2013–2017), for which he was nominated three times for the Critics' Choice Television Award for Best Actor in a Drama Series and won a People's Choice Award. In 2017, Highmore began producing and starring as Dr. ... more on Wikipedia

Freddie Highmore is ranked on...

#277 of 282 The Best (Male) Actors Working Today 1.5M VOTES The best actors working today include Hollywood legends, Academy Award winners and many of the top up and coming actors in t...
#157 of 244 The Hottest Men Of 2019, Ranked 2.6M VOTES This list rounds up the most handsome men of 2019. Some would say the most handsome man in the world was Brat Pitt,&nbs...
#88 of 226 The Greatest Former Child Stars 419.1k VOTES List of Hollywood kids: actors who grew up on the big screen and child stars you recognize working today. While there are ma...
#11 of 20 Casting Call for Spider-Man 12.2k VOTES With Sony and Marvel Studios parting ways, it looks like there's going to be another Spider-Man reboot. Again. Maybe. Who sh...
#9 of 13 Child Actors You Didn’t Realize Are Still Acting As Adults 10.5k VOTES We're so used to hearing horror stories about child actors who make a turbulent transition to adulthood that we often don't ...
#12 of 16 Celebrity Men Who Are Way Older Than You Think 171.4k VOTES Hollywood is full of beautiful faces, some enhanced by unnatural means and others with just damn fine genetics – like the ag...
#2 of 12 12 Young Actors Who Are Destined To Win An Oscar 8.1k VOTES Some people are just born with talent. Hollywood is full of rising stars who are making lasting careers for themselves long ...
#28 of 82 The Greatest Actors Who Have Never Won an Emmy (For Acting) 29.3k VOTES What do Steve Carrell, Jerry Seinfeld, and Ed O'Neill have in common? No, it's not fame, fortune, or prestige. (Although t...
#11 of 28 Eren Jaeger Fantasy Casting 1.9k VOTES When Hajime Isayama’s Attack on Titan horror manga first connected with American audiences, people were enthralled by the ac...
#13 of 24 Celebrities With Surprising College Degrees 3.9k VOTES Not every celebrity knew from the get-go they wanted to perform. Many future stars arrive at college without ...
Famous Aquarius Male Celebrities 70.4k VIEWS With their intelligence balanced by true friendliness, an Aquarius has both the people skills and smarts to take them to the...
Here's What Happened To The Child Actors From Your Favorite Early '00s Movies 14.3k VIEWS The 2000s was a pretty fun time to be a kid. Boy bands reigned supreme, our phones flipped and slid every which way, and bes...
#20 of 60 The Best Episodes of WIRED's Autocomplete Interviews 356 VOTES There's nothing like procrastinating on YouTube by watching your favorite celebrities answer questions that you may or may n...
Actors Who Played Multiple Roles in the Same Film 76.1k VIEWS Several famous actors and actresses have played different characters in the same movie. Sometimes actors play characters who...
23 Actors Who Have Played Identical Twins 210.4k VIEWS Hollywood executives get two performances for the price of one when an actor plays a set of identical twins in film and tele...
Celebrities Born On Valentine's Day 11.8k VIEWS Here are all the famous people who were born on February 14th, Valentine's Day. February 14 is traditionally ...
Abigail Breslin Loves and Hookups 4.8k VIEWS Who is Abigail Breslin dating? Many famous men have dated Abigail Breslin, and this list will give you more details about ...
Dakota Fanning Loves and Hookups 10k VIEWS Who is Dakota Fanning dating? Many famous men have dated Dakota Fanning, and this list will give you more details about thes...

Freddie Highmore is also found on...