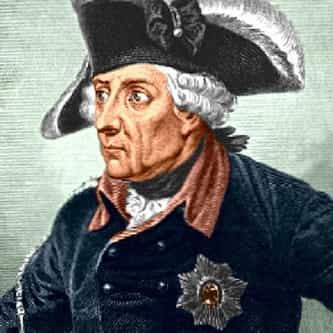 Frederick II (German: Friedrich II.; 24 January 1712 – 17 August 1786) ruled the Kingdom of Prussia from 1740 until 1786, the longest reign of any Hohenzollern king, at 46 years. His most significant accomplishments during his reign included his military victories, his reorganization of Prussian armies, his patronage of the arts and the Enlightenment and his final success against great odds in the Seven Years' War. Frederick was the last Hohenzollern monarch titled King in Prussia and ... more on Wikipedia

Frederick II of Prussia IS LISTED ON