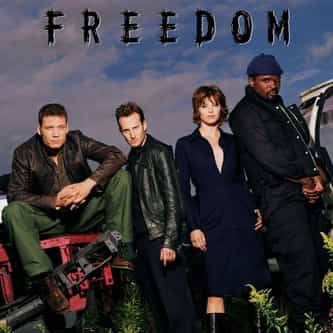 Freedom is a short-lived 2000 American science fiction television show on the UPN network. There were 12 episodes filmed but only 7 were aired in the US. Some episodes were further aired internationally, and the full series is still occasionally broadcast in Brazil. ... more on Wikipedia

Freedom IS LISTED ON